The class autonlu.data_dependence.DataDependence can be used to visualize the relationship between the amount of training data and the accuracy of the resulting model. This information can be used to determine whether labeling additional data is probably going to be useful or not.

Here an example for a case where additional training data is likely not going to improve the resulting model (note that the x axis has a logarithmic scale): 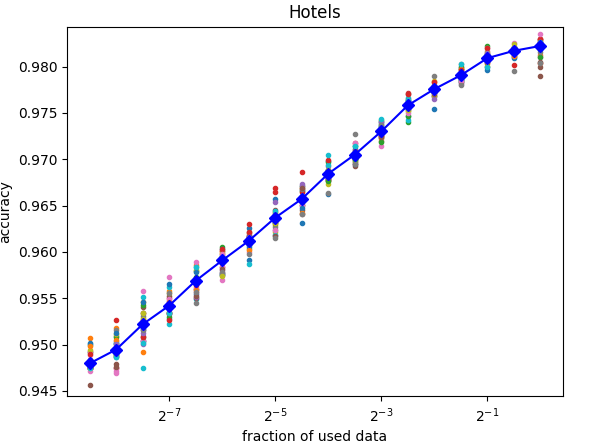 Here an example plot for a case where additional training data is probably going to improve the resulting model: 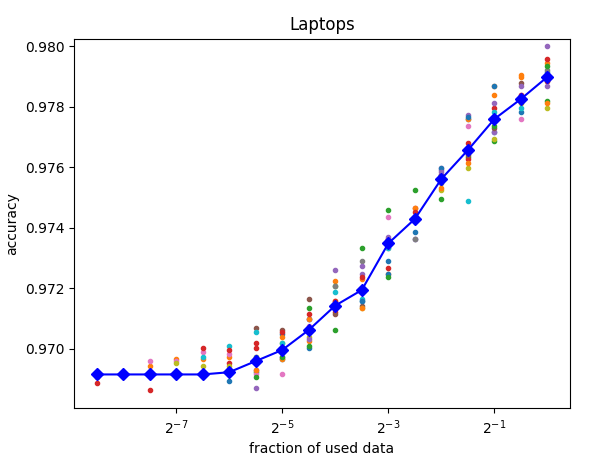 This class helps to estimate the accuracy of a model in dependence of the amount of training data. To this end, the function DataDependence.train_smaller_models() trains many models on subsets of the full training data. Since this is quite time consuming, a faster OMI-model is used.

For a given dataset, several sub-datset consisting of different fractions of the main dataset are used to train the basemodel. At the end, the accuracy of the different models can be saved and/or plotted.